Started in 2009 by Alibaba, this annual event is the biggest shopping event globally with over $139 billion in sales in 2021, breaking yet another record. It takes place every year on the 11th November with it becoming the largest physical retail and online shopping day in the world, but let’s look how it started.

Started in 2009 by Alibaba, this annual event is the biggest shopping event globally with over $139 billion in sales in 2021, breaking yet another record. It takes place every year on the 11th November with it becoming the largest physical retail and online shopping day in the world, but let’s look how it started.

How Did China’s Singles’ Day Begin?

It originally started as an unofficial holiday in China and a shopping event that celebrated those not married. The day encouraged unmarried people to treat themselves to gifts and presents, whilst participating in events and celebrations.

Alibaba is a Chinese owned global wholesale marketplace, it connects manufacturers and wholesalers in China to individuals and businesses around the world. Even though it focuses more on trade between businesses, they also own AliExpress which has a B2C approach and has become a technology powerhouse with huge ambitions.

In 2009 Alibaba created a connection between Singles’ Day and a huge discounted shopping event as they tried to generate sales for their Tmall platform offering sales and promotions.

eCommerce giant JD.com joined in with the traditions a couple of years ago and has been breaking their record sales every year, with $48.6 billion in 2021. The CEO of JD’s retail business said that “consumer demand keeps increasing”.

It’s Only Getting Bigger

Last year Singles’ Day was extended from a 24-hour shopping event to a two-week shopping festival with Alibaba alone making $74.1 billion in sales, 2.5 times more than Black Friday and Cyber Monday sales combined. It has even been reported that for up-and-coming brands, Singles’ Day can account for 25% of their whole annual sales.

This event has become a global shopping festival over the past couple of years with it spreading to Australia, Poland, Taiwan, France, Brazil, Singapore and Japan. Last year AliExpress which is part of the Alibaba Group launched a worldwide campaign to capture a larger share of the global market which is expected to grow to $1.4 trillion by 2025. Alibaba improved its logistics in 2021 and worked with influencers on a global scale to get the news out.

However, with this expansion there are issues. Alibaba does not have the inventory space and infrastructure needed outside China to fully compete with the likes of Amazon. Although, they have already opened up to several markets outside China and are developing warehouses overseas to improve capacity. They are at forefront of this global strategy and China’s outbound eCommerce market is expected to grow around 26% every year until 2025. If they are able to replicate their success in Europe then they will be able to compete against Amazon from a different angle.

The Future of the Global Retail Landscape & Innovative Retail Experiences

Chinese Singles’ Day is filled with innovative retail experiences and shows us what the future of the global retail landscape could look like in the near future. It’s a mobile-first, cross-channel ecosystem and experiential pop-ups, contactless stores and AR technologies are the mainstream norm in China.

One of the most lucrative events is livestreamed e-commerce where presenters show off their products live, encouraging their viewers to purchase directly. Last year one of China’s top livestreamers known as ‘Lipstick King’ sold an astonishing $1.7 billion worth of products including brands such as L’Oreal, Guerlain and Estee Lauder to his 250 million viewers in just 12 hours, as part of a Singles’ Day pre-sale.

With over 290,000 brands participating last year and Alibabas Tmall marketplace offering more than 14 million deals, it’s only going to continue to grow. However, if you’re a brand wanting to get involved with this shopping festival, it’s important to tailor the online shopping experience to local tastes such as focusing on your mobile proposition for Chinese consumers.

GA Agency is an international award-winning digital agency that offer global market coverage, specialising in international expansion. We offer digital marketing services such as SEO consulting and digital ads to grow your business. Get in touch today to find out how we can take your business to the next level.

Get updates and learn from the best 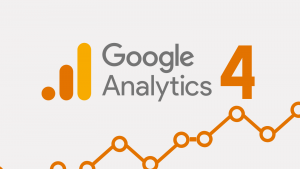 Why You Should Transition to Google Analytics 4 Now

Google Analytics is one of the main tools that marketers use to measure and analyse how people interact with your website, and it is widely

GA Agency Are Winners in the UK Digital Excellence Awards 2023

It’s only January and we’re excited to announce that we have already won our first award for 2023. We’ve won SEO Campaign of the Year